YAS is a new program for young adults between the ages of 18 and 25. Although Triangle Community Center has a special focus on helping the LGBTQ community, YAS is open to ALL young adults regardless of sexual orientation or gender identity. 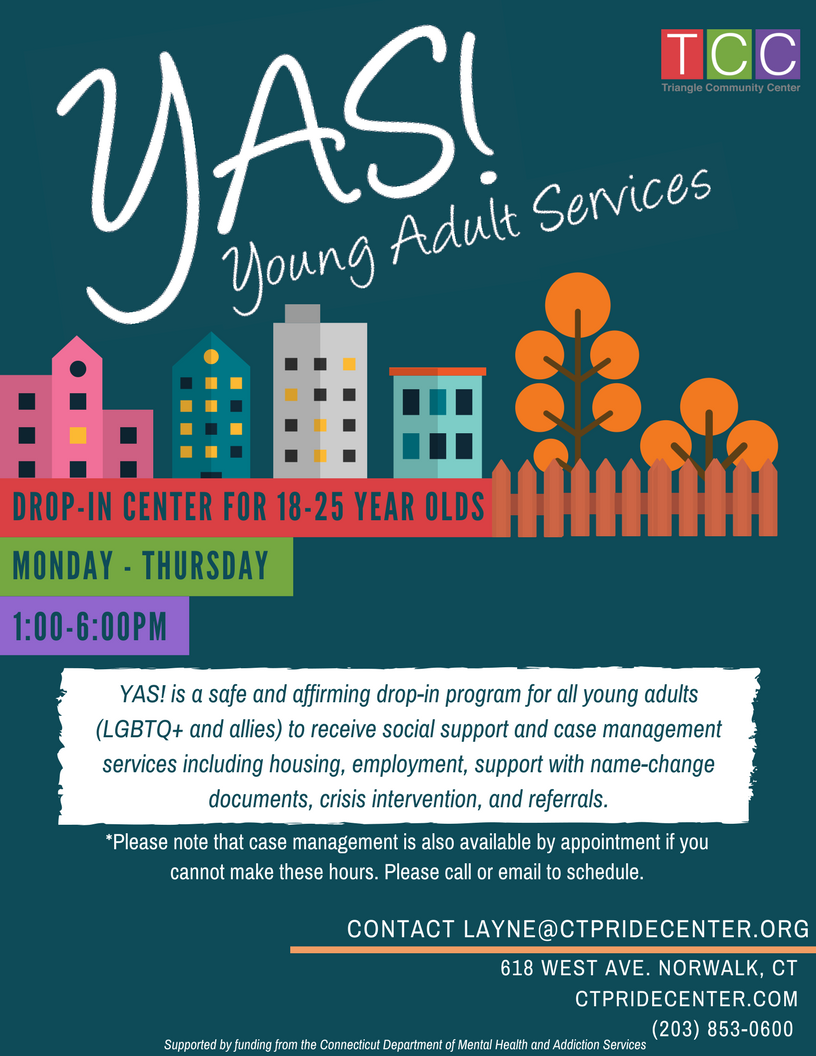 Young adults have matured in the age of information, yet still lack support and resources. The economic struggles of the past decade have made it difficult for the new generation of adults to afford college, find jobs, and pay medical bills. Since 1978, college tuition has increased 1,120%. With these increasing costs, fewer young adults are attending college out of high school even though having a Bachelor’s degree means you could earn 84% more than someone with a high school diploma.

Millennials have higher levels of poverty and unemployment than any other generation at the same age. Struggling financially leads directly to poor physical and mental health plus higher levels of alcohol abuse. Yet, many young adults can’t afford needed medical services. In recent polls, nearly 2 out of 5 young adults didn’t have health insurance for all or part of the year and, for those who did, 41% said they still didn’t get needed services because the cost was too high.

For some young adults, the struggle is even greater. According to the Center for American Progress 45% of homeless youth served by agencies identified as LGBTQ. Additionally, 32% of homeless youth are Black which is more than double the proportion of Black youth in the total population.

With all of this stacked against them, it’s no wonder that millennials have higher rates of depression, anxiety, and stress than any other generation at the same age. The suicide rate for young adults has tripled since the 1950’s and prescription drug abuse is at an all-time high. In 2014, more than 1,700 young adults died from prescription drug overdoses.

With the recent explosion of social media usage, people are able to be more connected than ever before. Millions of resources are one click away. Still, young adults are struggling now more than ever. There is clearly something missing for today’s young adults- something that can counteract the effects of a struggling economy, political turbulence, and the pressure to appear successful via social media. How will we find that missing piece?