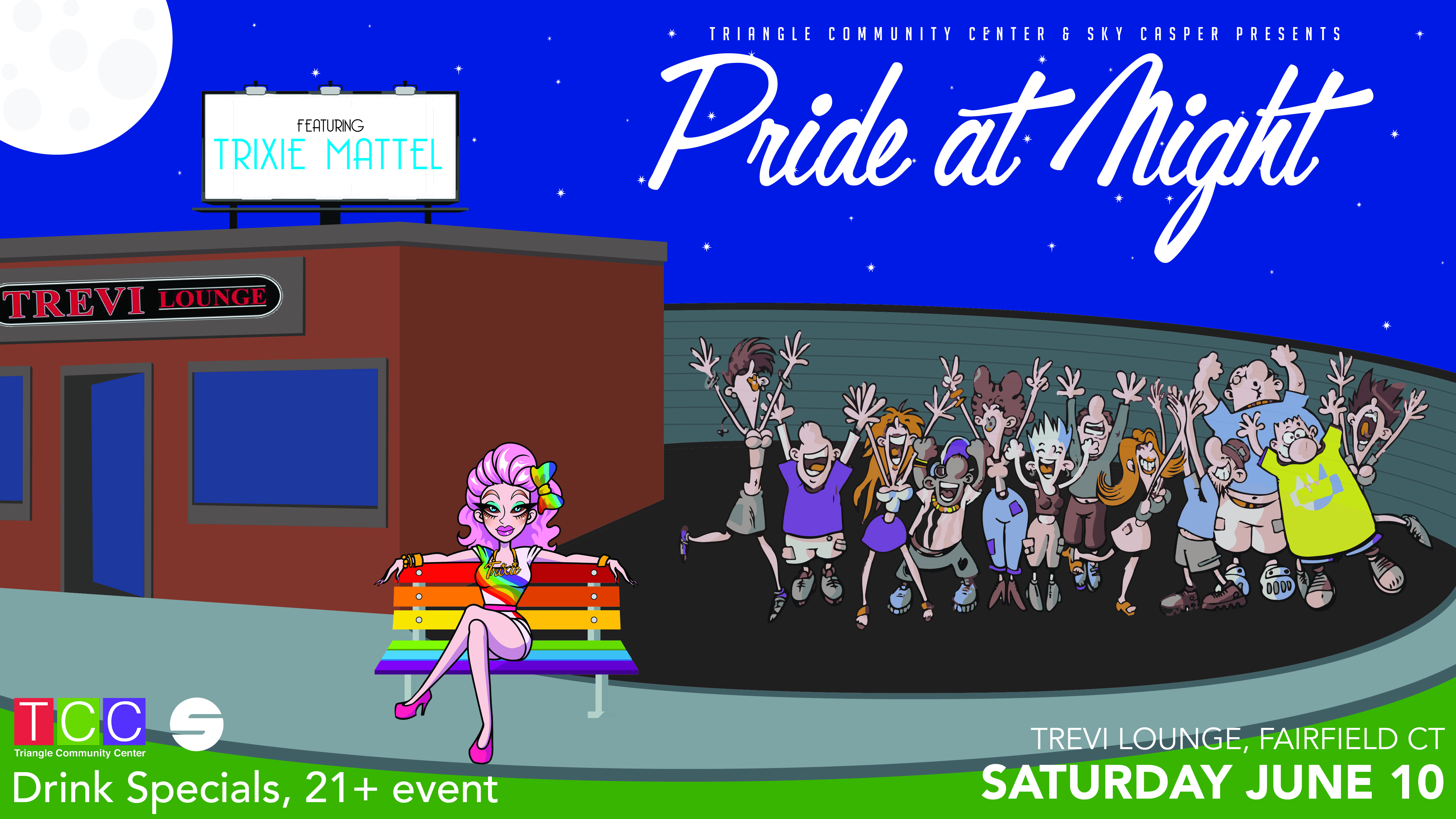 Scroll below to get your tickets online

We're excited to announce that Triangle Community Center's official Pride Party will be "Pride at Night" at Trevi Lounge in Fairfield. The Pride Party will be an "after party" following Pride in the Park 2017 on Saturday, June 10th this year.
Pride at Night will feature performances by Trixie Mattel as well as many talented local LGBTQ performers as well.
There is a $15 cover charge for people who buy their tickets online before the day of the event. The cover charge will increase to $20 on the day of the event.
Trevi Lounge will be offering drink specials including:
$5 Frozen Margaritas
$5 Frozen Daquiries
$5 Pink Pride Drink
$6 Tequila Sunrise
$3 Sex on the Beach Shots
**This is a 21+ event**
Community members under the age of 21 should attend Pride in the Park 2017 during the day at Mathews Park in Norwalk.
WHEN
June 10, 2017 at 8pm - June 11, 2017
WHERE
Trevi Lounge
548 Kings Highway Cutoff
Fairfield, CT 06824
United States
Google map and directions