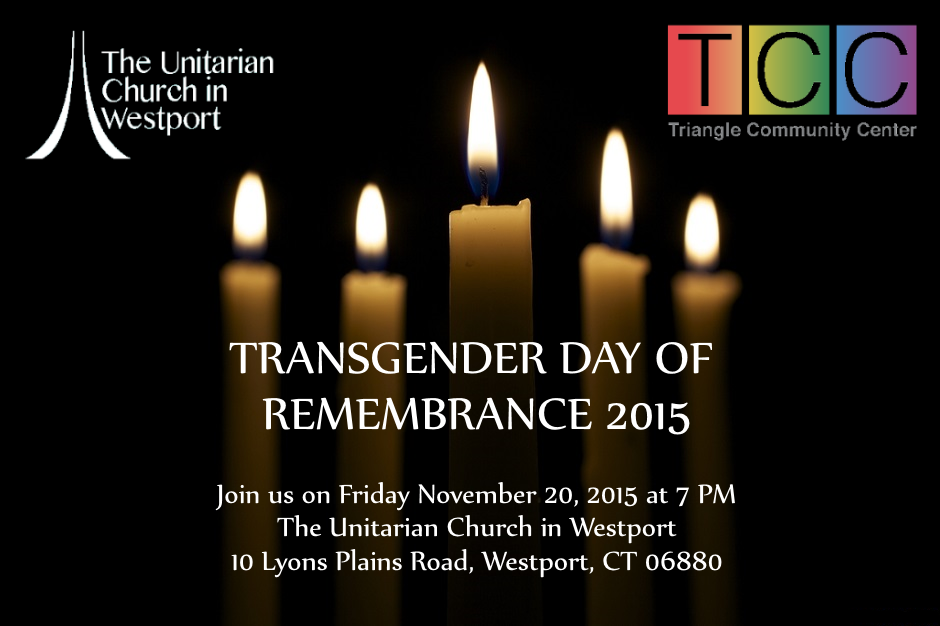 In collaboration with The Unitarian Church of Westport's Rainbow Task Force (RTF), TCC is hosting a ceremony commemorating the annual Transgender Day of Remembrance.

This candlelight vigil honors the lives of transgender victims of murder and suicide. The program will consist of remarks from the LGBTQ community, a recitation of names of those who were lost, and a prayer in four voices.

This observation is part of the international Transgender Day of Remembrance, during which hundreds of groups and organizations worldwide hold vigils to remember those who have committed suicide or have been brutally murdered simply because of their gender identity.

The Rainbow Task Force seeks to engage the local community on LGBTQ issues and to provide support for the LGBTQ members of The Unitarian Church in Westport.

For more information on TDOR or The Unitarian Church in Westport, please visit www.uuwestport.org.